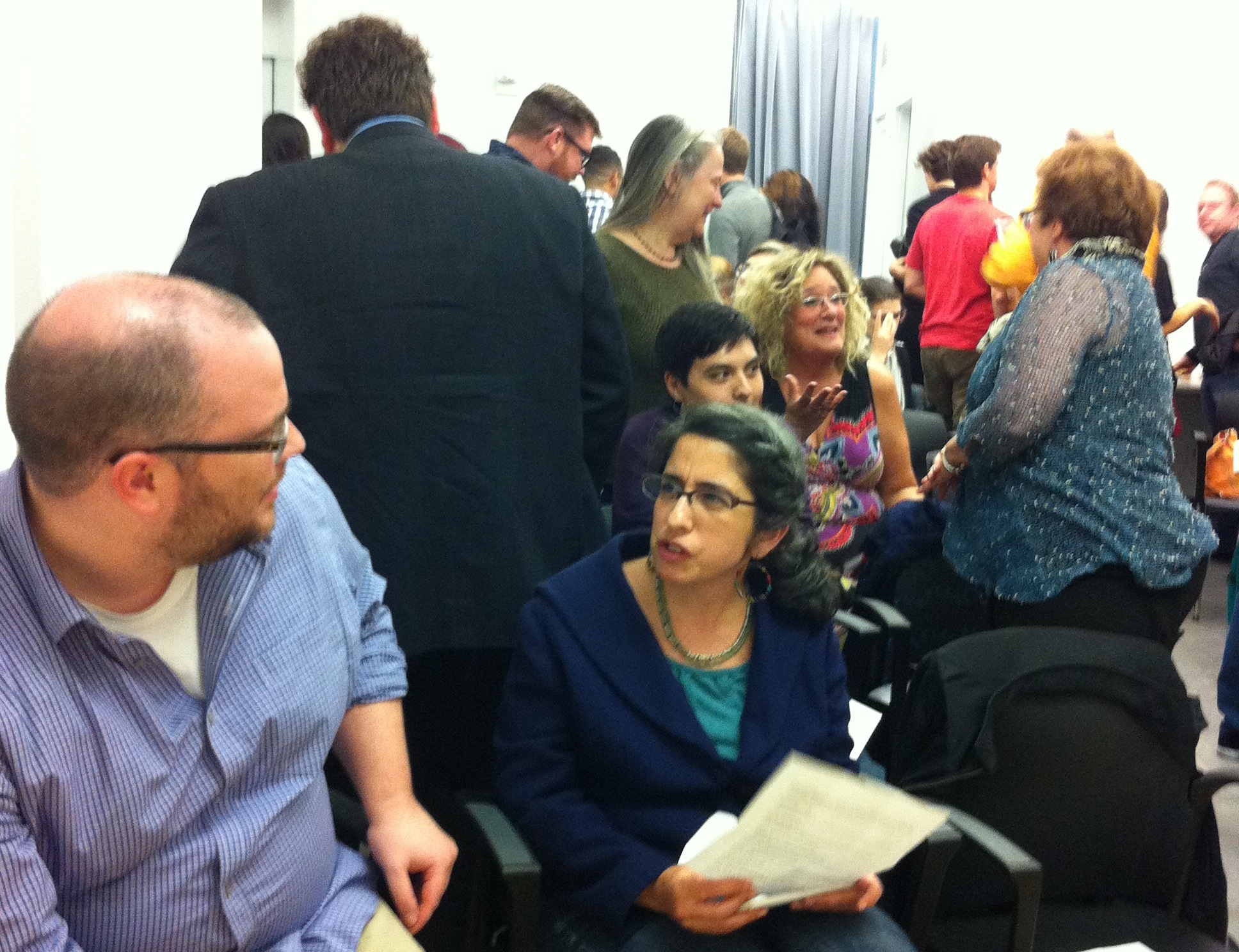 Queens literary leaders from across the borough meet and exchange ideas.

For the first time people from various parts of the Queens disparate literary programs, organizations and communities met at the Queens Literary Town Hall. The event took place at Queens Council on the Arts’ 3rd Space in Astoria on Oct. 18.

Despite being in the same borough, many of the people there from book owners to curators have never met before that night. In fact, some were only learning about the other Queens literary programs and institutions right then.

“Life moves so quickly as it is, but in Queens it’s even more difficult for us to stay connected because each neighborhood is like a little world unto itself – we’re so strangely unaware of the amazing things going on in other areas of the borough,” said Audrey Dimola, who organized the event.

Through a series of short presentations, each one spoke about what their organization did, the challenges and benefits of working in Queens and also shared some ideas for the future of its developing literary scene.

Some ideas thrown around included planning for a Queens literary festival, creating a literary crawl, and establishing a writers directory.

While it may be some time before anything like a Queens literary festival might officially be announced, Dimola believes that this event will spark more collaborations from the different literary programs in the borough.

“I for one am not about to let this movement lose its momentum – it’s time. It’s time for all of us to make it real, to create what we want to be a part of – in Queens, for Queens, by Queens. I always say – if we don’t do it, who will?” she said.